Stuff you'll probably never be asked about on Jeopardy...

Hi!
In a spirit of fun (and as a way of procrastinating working on my next novel), I offer you 10 random facts about The Mermaid's Sister--things that even Alex Trebek doesn't know!
P.S. More character inspiration images can be found in the Photos & Illustrations section of the blog, and on my Pinterest board: https://www.pinterest.com/13hedgehogs/the-mermaids-sister-a-novel/
You can order The Mermaid's Sister here:
http://www.amazon.com/Mermaids-Sister-Carrie-Anne-Noble/dp/1477820884/ref=sr_1_1?s=books&ie=UTF8&qid=1411157327&sr=1-1&keywords=the+mermaid%27s+sister
Amazon Breakthrough Novel novel characters novel inspiration O'Neill The Mermaid's Sister YA

Giant News (including news about a book containing a giant) 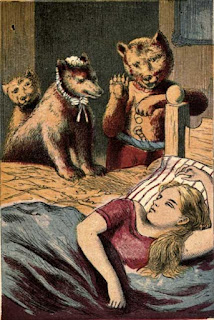 Warm greetings from the frosty mountains of Pennsylvania! I have BIG NEWS! Ready?  My YA fantasy (with a dash of science fiction) Gretchen and the Bear will be published May 27, 2020 by the lovely folks at WordCrafts Press! Super bonus excitment--the talented M.S.Corley, who created the covers for The Mermaid's Sister and The Gold-Son, is on board to design the cover for GATB. Here's a sneak peek at the story: Visiting dangerous Faerie-infested Britannia is the last thing sixteen-year-old Gretchen wants to do when she finally trades life on a dreary orbiting station for life on the verdant regenerated Earth. After all, no human who’s dared to visit the Faeries’ land has ever returned. But when her stepsister sneaks off to meet a Faerie boyfriend, Gretchen’s stepmother forces her to choose: risk death to rescue the runaway, or forfeit her father’s life. Lost deep in the Faeries’ forest, Gretchen meets three Bearfolk—Fae who can shift from humans to bears. Kindh
Read more