Showing posts from October, 2019
Show all

An October Treat for Readers 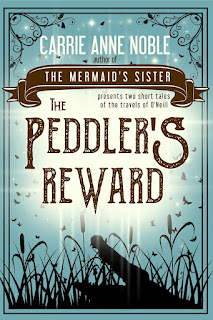 New Tales of Old Friends     Hello, reader friends!  I'm pleased as plum punch to offer you two short stories featuring O'Neill and Scarff from The Mermaid's Sister. They're nestled together in a Kindle book entitled THE PEDDLER'S REWARD--which will be published October 29, 2019.  Here's a little about it: Spending the winter in Florida with a  group of rowdy horse trainers and performers ought to be fun for seventeen-year-old peddler O’Neill. But when he and his ailing guardian Scarff park their wagon with the Gaskins, things go downhill fast. Scarff is growing sicker by the day, and if that isn’t bad enough, O’Neill soon finds himself unwittingly engaged to the Gaskin king’s daughter—a dangerous girl who doesn’t care one fig that he’s already devoted to another. With Scarff in dire need of a rare swampland remedy, O’Neill plunges into the magic-tainted Floridian wilds with three goals in mind: to rescue the runaway Gaskin princess,
1 comment
Read more
More posts